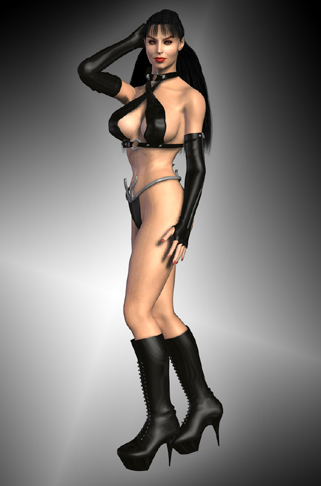 Cleopatra Sardonis is a Metrobay-born exotic supermodel. Her mother entered her in every beauty pageant she could since she was barely a year old and every year thereafter, handily winning most of the competitions. She matured and developed faster than most girls and by the time she was in her early teens she was touring Europe as a premiere fashion model for major talent agencies.

All this fame and exposure at such a young age warped her and deprived her of a normal childhood. Lacking friends and stability, she filled the gap with a bevvy of expensive gifts, wild parties, and lavish vacations. Once she reached her 18th birthday, she ultimately inked a multi-million dollar deal with “Metro Men’s Magazine” to be their premiere centerfold and cover girl. Traveling back to the states, rich and wealthy beyond compare, she nestled into her role as the magazine’s figurehead model nicely and enjoyed the royalties of her deal for the years to come.

Events of late have not been quite so kind to her. The natural effects of age have lessened her impact and she’s found herself growing increasingly jealous of the younger, more buxom women the magazine tends to spotlight. The ultimate insult, at least for her, was when she was awarded runner-up for the annual Miss Metrobay beauty pageant instead of first place, losing to future mayor Vanessa Turner. She attempted to save face, but continued to let her emotions seethe and boil under the surface.

Recently, she was bumped off the cover of the latest Metro Men’s Magazine by heroine Valient Grrl, an insult she has not suffered quietly.

Due to her time in the fashion industry and ties to Metrobay, Cleo shares a mutual friendship and subtle rivalry with the villainous Ava LaPette, the owner of many salons and perfume stores she frequents. She is also a close associate with her magazine’s owner, Leo Strauss, and her photographer, Theo Ramsey. 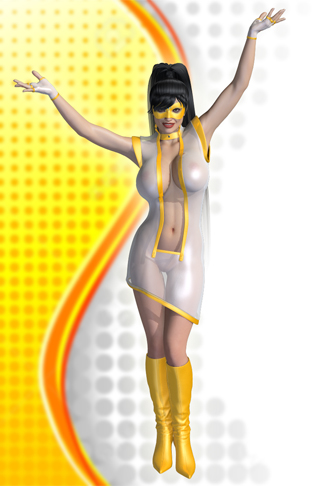 It was revealed she possessed rather potent emotion-manipulating powers and almost seemed to drain the feelings from others as a sort of emotional vampire of sorts, which she used to instill terror or fear into her adversaries or jealousy into her rivals.

However, her ploy to get revenge against Valient Grrl was defeated and she was locked up in The Funhouse, until her “client” came to punish her for her failure. Devoid of her thoughts and emotions, Max Indeks decided to use the former villain as a test subject for the nano-leash project, putting her under the care of Leela Patel.

Reformatted into an obedient slave, Cleo was given a new identity as the superheroine “Muse” and became a prominent new member of the burgeoning APEX Alliance, using her powers in staged acts of heroism to win the public over to their side. As of yet, she remains nothing but a puppet under their complete control.