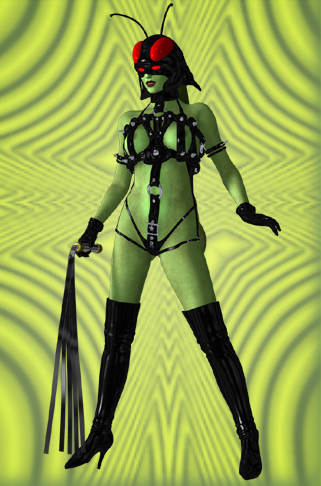 The Parasite Queen is a recent villain to Metrobay, though nobody knows for sure where she hails from.

What is known is that she is far more than human. With insect-like powers and features, she has dedicated herself towards enslaving Metrobay’s citizens and adding them to her growing “hive”, to rule over them as their Queen.

Parasite Queen targeted Metrobay University as her first stop, capturing and forcibly converting some cheerleaders there into becoming her mindless worker drones. Even the unexpected arrival of Gridiron Girl wasn’t enough to stop her, and she continues her forward trek towards making all in Metrobay serve in her hive.