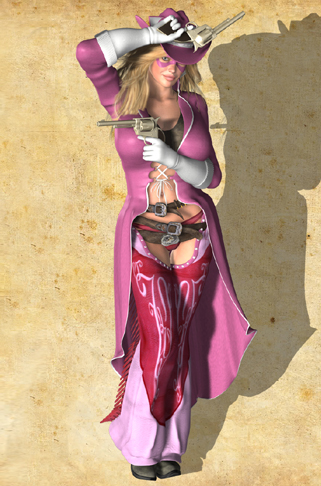 Karen West, or better known currently as “Ma” West, is the mother of Kitty, Kathy, and Kandy West, as well as Kelly West, the famous heroine Ms. Metrobay, and the grandmother of Alpha Woman.

Karen is a tough and hardy woman born and raised in the incredibly tough era of pioneers and farmers in rural Hooter County. From nothing, she built a life for herself and her family. She imparted these disciplines and virtues into her children, and it’s no surprise they’ve sought to help their common man at every turn.

Karen is one of the oldest known metahumans on record, far outliving any normal human being and, while not quite as limber and agile as she once was, she still has the appearance of a woman in her prime, a hereditary trait her daughters inherited as well.

Despite her age, she continues to run the family farm with conviction, as she has done for decades. After several years, and after fending off countless suitors, she settled down with Duke West, a moral man of strength and virtue, albeit with a bit of a charming reckless and naughty side. He became (in)famous for his specially brewed moonshine, which is one way he’s kept up with his old lady all these long years. 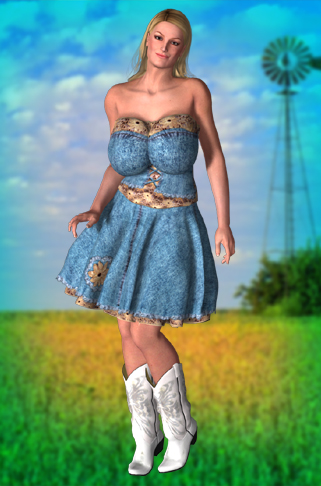 While Karen might appear like a common, unassuming farmer’s wife (apart from her absolutely legendary figure), Karen harbors a secret she hasn’t shared with even some of her own kin; years and years ago, during the lawless days of Hooter County, Karen enforced law and order as the masked vigilante and legendary gunslinger, the Calico Kitty. Often touted as the “first heroine” of the era, her adventures alongside her faithful companion Paw-Paw, as well as her frequent collaborations with the mysterious Nightengale, inspired legions of future heroines and created a larger-than-life mythic heroine all heroines aspire to be. Years later, her many adventures were recounted in book, radio, television, and movies.

A humble woman, it may be no surprise she shied away from bringing any attention to her selfless heroics, even among relatives. While she is now very happily retired and settled down with a large family to manage, with her daughter and granddaughter doing a fine job picking up where she left off, Karen still gets the occasional itch to see if that old Calico Kitty outfit still fits…