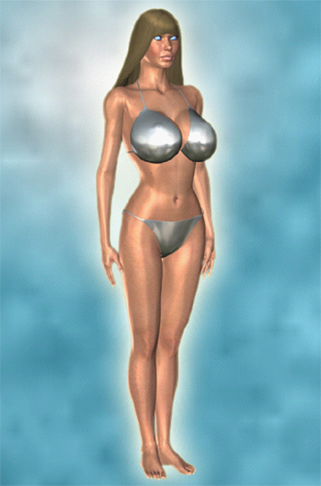 S.A.R.A. came to be when Police Cadet Crissy Tanner entered Gilbert’s toy shop and caught him unprepared, and realized that his robotic assistant M.O.N.A. was an obvious copy of Brown Sugar. Fearful that Crissy would turn him into the authorities, Gilbert agreed to make a copy of her, who he christened “S.A.R.A.”

When Gilbert was unable to transfer Crissy’s mind into the android’s body, she struck a deal with him to return his beloved L.I.S.A. to him in exchange for information on who might be able to help her.