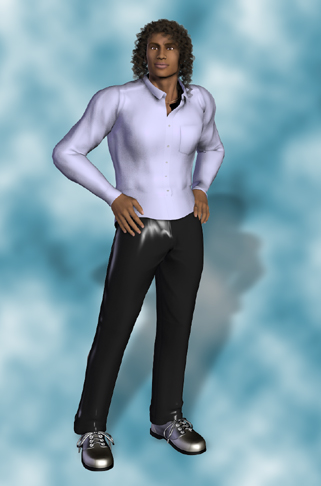 Theodore Ramsey always had an eye for beauty and a silvery-slick tongue with the ladies. His boyish good looks and sophisticated charm earned him the respect and admiration of many youthful women. He sought to capture each of his conquests on camera, recording his path of power and pleasure.

His genuinely stunning talents with a camera caught the eye of power-player and magazine owner Leo Strauss, whom struck up a deal and lasting friendship with the young photographer and giving him a high-paying position at his company. Together, Leo’s finances and Theo’s artistic talents attracted a sumptuous supply of sexy supermodels for their magazine, earning them both a significant surplus of funds, fame, and female acquaintances.

It was also Theo that spotted and recommended the model Cleopatra Sardonis to Leo, whose appearances helped jettison the magazine into international fame and notoriety. The three have been practically inseparable since, with their three unique talents forming the pillars of a mighty and corrupt empire with “Metro Men’s Magazine”.