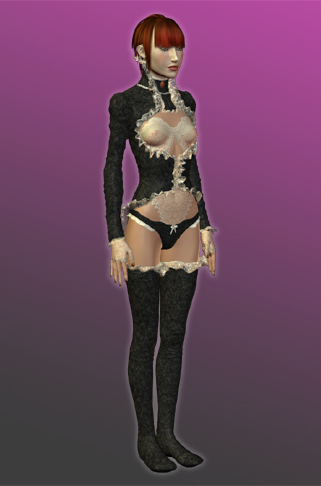 PollyAnna is a strange young girl that has served as Frank Einstein’s assistant for as along as anyone cares to remember. After Frank Einstein merged his brain with his former lab assistant’s body, PollyAnna was brought in to fill the void.

There is something “off” about PollyAnna that has not yet been made clear. She does not look or act natural, and may in fact be an artificial construct. She views the world with a childlike, yet sinister, eye, seeing everything as a game to play and everyone as a potential playmate. She does not appear to understand the gravity of certain situations but rather indulges herself without restraint or moral conviction.

This has proven difficult for Frank Einstein, who has had difficulties reining his pupil in. She has currently been assisting Madame Mynx in her torment of HoneyDoll.

Notable Appearance: Musk of the Mynx