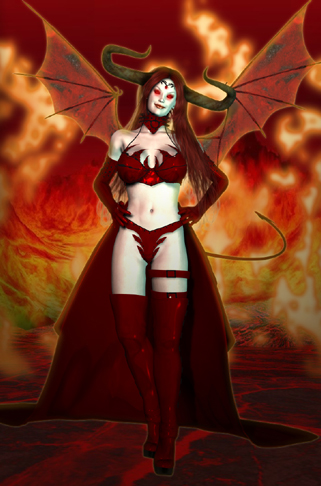 Sadistra is the demonic queen of hell and ruler of the realm of Stryx. She is an ageless and eternal evil and the embodiment of the vilest sadomasochistic imaginations. She is known throughout the realm of Hades for her ruthless and merciless way of dealing with lost souls as well as fellow demonic beings.

Sadistra appointed Lascivia as the princess of Luxuria, intent on making her a worthy successor to her throne. For awhile, that seemed to be the case, with Lascivia amassing a great deal many souls in her realm. However, Sadistra began to notice that the souls Lascivia acquired and who were forced into her service were not in agonizing, endless pain, but rather seemed to enjoy their state of submission and service to their mistress. Sadistra soon found that Lascivia was too good of a mistress, treating them too favorably and fairly, and as a result her subjects loved her. These are not the traits of a demon ruler, Sadistra noted, and she suddenly and forcefully stripped Lascivia of her position and gave it to her step-sister, Deminsha, and intended to make Lascivia the lowly slave to Sus the swine demon. 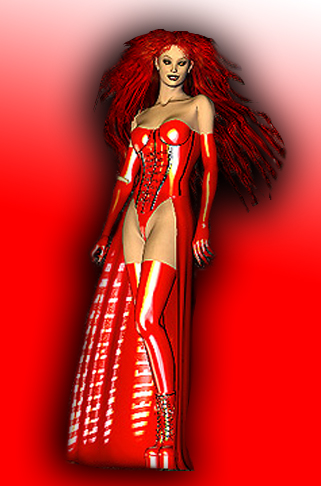 Lascivia, however, fled, and Sadistra ordered her capture and imprisonment, but Lascivia managed to escape into the human world, leaving her enraged queen behind

Her supernatural abilities are almost limitless in nature and potential. She has displayed acts of flight, unnatural hypnotic abilities, and unnatural sensory awareness, though this represents just a small sample of her demonic powers.