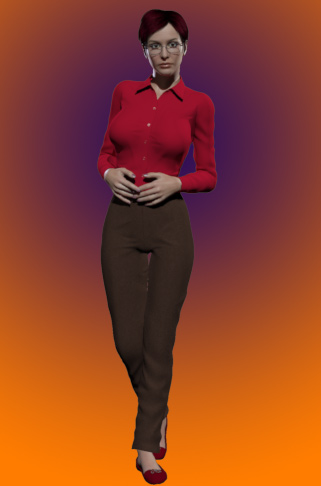 Beate Fuchs was born on the island nation of Stahlinselstadt, then ruled by King Feelix II (secretly the time-traveling superscientist Feelix von Ick, pretending to be his own son). The daughter of two scientists who had been smuggled out of East Germany by von Ick, Beate grew up extremely loyal to von Ick for rescuing her parents from their impeding executions as enemies of the state. 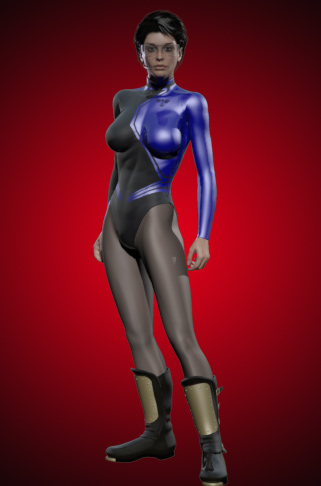 Beate as a Stahlinselstadt Jaeger

Feeling she owed von Ick the life of her parents and her own existence, Beate trained from her youth in marital arts, all to the goal of volunteering, once she had graduated school, of becoming one of von Ick’s Zombots. Even though she was aware she would be expected to service von Ick sexually among her other duties despite being a lesbian, Beate nevertheless showed up at the palace and offered her services.

Somewhat taken aback at the idea of someone volunteering to become one of his slaves, even though she had no particular natural submissiveness, von Ick debated what to do until he realized she could serve as the prototype of the new variety of Zombot who would serve Ilsa when he planned to fake his own death and make her the Queen. As a result, Beate became the first Jaeger: stronger and faster than a normal human with enhanced senses, but unlike his Zombots she retained the majority of her own personality.

Proving to be a success, Feelix began the process of creating his new force of Jaegers, a process that would continue under the reign of Queen Ilsa. Beate served loyally for years  as one of the Guardians who served to police the nation, rising to the rank of Commander (equivalent to a brigadier-general), and as an instructor in hand-to-hand and close quarters combat. Two years after Ilsa ascended to the throne, Beate made a request of her ruler: she wished to retire from the Jaegers and try to live a normal life, as with Feelix gone she had no personal debt any more and was unsure of her ability to as loyally serve Ilsa.

Ilsa granted her request and in order to minimize any suspicions about Beate in the world outside Stahlinselstadt, created a fake background for Beate as a normal student who’d had no direct association with the government.

Ilsa moved to the United States after several years of studying in other nations and receiving doctorates in biology and biophysics, eventually assuming a position at Metrobay University as a professor and researcher, specializing in the study of superhuman powers. As such she frequently acts as consultant to the authorities and medical facilities in dealing with people with such powers.

Beate eventually has occasion to encounter Vesa Wyatt and the two discovered a mutual attraction to one another. As a result, the two have been in a relationship for years. Beate, however, has never revealed the truth about her past given Green Guardian’s opinion of von Ick and Stahlinselstadt, and is careful not to reveal the extent of her physical abilities.

Although she avoids conflict, she still carries a gift given to her from Ilsa: a “flashlight” made of smart metal that can extend into a fighting staff and be used as a taser. On the rare occasions when she’s had to defend herself, she’s demonstrated that the years have not diminished her skills. She has also displayed a proficiency with firearms.

Despite her ambivalence about her friendship with Ilsa, the Queen still regards her with affection.