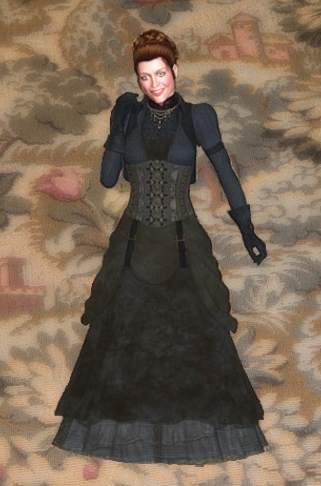 Sheridan Fox is a ruthless yet efficient member of the futuristic Time Command unit from the far future, tasked with keeping the timeline in order and eliminating paradoxes as they arise throughout the timestream.

However, Sheridan’s access to time travel machines ultimately proved too tempting to resist exploiting and the once-dutiful agent went rogue, altering time as she saw fit to benefit herself and create a future more befitting her nature and abilities.

Ultimately, Time Command send agent Ilsa Cross back in time to the year 1888 to stop the villainess from further disrupting the space-time continuum alongside Draven Ophidian. Ultimately, Ilsa’s mission proved successful and she returned with the turncoat Agent Fox… but her victory proved short-lived. 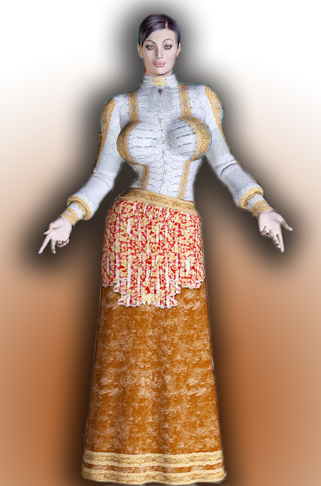 Sheridan’s clone, sent alongside Ilsa to assist in stopping her “prime” incarnation, lingered on in the past, trapped there without access to Time Command’s gadgets. Unwilling to accept her fate, this alternate Sheridan sought knowledge of time manipulation through more arcane measures, bringing her in contact with forces of dark magic and the tutelage of Bert Rayal. She became a willing acolyte of the pig-god Suss in exchange for untold power, and her new life as the “witch” Sheridan Fox began.

With this power, Sheridan tussled with several 19th century heroines and became a chief rival of Calico Kitty, Puma Pistolera, Paw-Paw, and the Agents of D.E.S.I.R.E. The legacy of her dark magic paved the way for future dark sorceress that’s felt even to this very day.