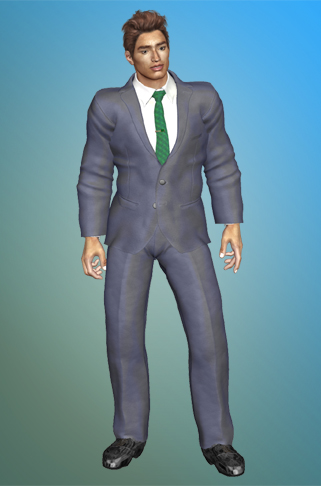 Iram Fitzpatrick is a crime scene investigator who has been working in the Metrobay Police Department for five years. He got his start in law enforcement ten years ago in Boston before being transferred toMetrobay to handle supercriminal-related cases. While he started off as a Fraud Investigator, he gradually worked his way up to Homicide.

When he moved to Metrobay, he took a position in the “Super Powered Crimes” division as a detective – one of the few police departments in the USA that even has such a division. With so manysuperpowered individuals running amok in the city, it takes a very careful and intelligent approach to trace and track down some of the city’s more dangerous superpowered criminals, a task Iram has proven more than capable of tackling.

Iram is one of the few “good men” left in Metrobay, which makes him both valuable to the city and appealing to the many women within it tired of the abundance of sleazes and scumbags that tarnish their city’s reputation. It is heavily implied that he shares some sort of relationship with the heroine Alpha Woman, and the two are openly flirtatious with one another.

It is also implied he is a recovering alcoholic, though the path to his downfall and recovery is not yet common knowledge.