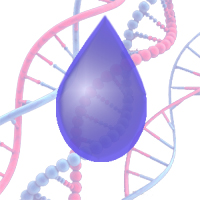 Metrobay has always depended on water to thrive. The entire city was originally designed as a port town around Metrobay Harbor.

It wasn’t until years later that Metrobay’s water supply became noteworthy, however. During the early 20th century, the people of Metrobay were in general some of the sickliest and weakest people on average in the nation. This shocking statistic resulted in a thorough investigation of the cause of the populace’s ill health. The problem was traced to highly contaminated water stemming from the pollutant habits of APEX Industries, who failed to properly dispose of many of their dangerous chemical byproducts.

APEX responded by cleaning up their act and attempting to rectify their error. Seeking to compensate for their misdeeds, APEX developed an experimental vitamin supplement that they implemented into the city’s water supply in an effort to promote healthier citizens. The experimental additive, however, had the distinctive effect of affecting only the city’s female population. The water caused adult women to be healthier, stronger, and more sexually developed than most other women on the planet, giving Metrobay a decidedly above average gene pool and the largest average breast size per woman of any city in the world. It has been implied that in addition to this primary side effect, a small percentage of women developed superhuman abilities under the stimulus of the water treatment supplement.

The effect that the water treatment had on men was far less noteworthy. While a few men developed similar strengths and abilities, most remained relatively normal or even borderline frail, giving many men in the city a distinct inferiority complex to their stronger, healthier, more attractive female counterparts.