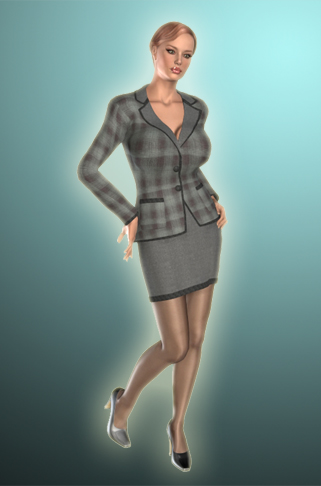 Francine Hill is a graduate with honors from Metrobay University. Despite her intellect, she had difficulty securing a job in the competitive market, often being told she was over-qualified for any position she applied towards. To her disappointment, she had to let her talents go to waste while settling for jobs for beneath her talents and ambitions while struggling to keep a comfortable lifestyle.

After many years, she was finally granted an interview with APEX laboratories to fill a rather sub-standard position. She rejoiced when she got the job, not knowing it had less to do with her skills and more to do with her impressive genes. Through a bit of altruistic luck, Fran began to rise through the ranks, less due to her skills and more due to the chaotic and unstable work environment she found herself in.

It started when her supervisor, Belinda Giolla, was arrested for stealing APEX property. Soon after, the newly-appointed head of the lab, Doogan Tinker, was fired and replaced with Terra Creed. Terra herself quit and left Shelley Calvin in charge, but the meek Shelley wound up as an APEX guinea pig and her position vacated. Preston Prescott became the lead lab supervisor and her direct superior, and she grew very close to him due to the proximity of their working relationship, but his own promotion ultimately landed the once lowly Francine as head of APEX labs. 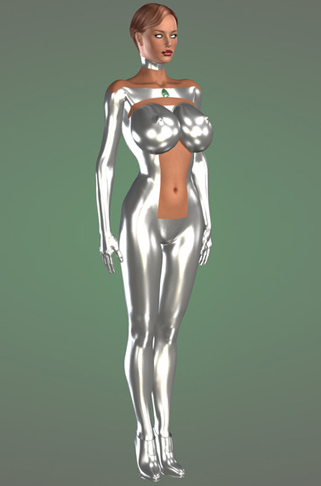 Fran set out to prove this wasn’t just a fluke and promptly began throwing her weight around, coming across to many as a rather pushy and stern boss, even if her expertise and analytical skills were second-to-none. Chiefly, she rubbed her subordinates, the lazy Mike Roland and the incompetent J.T. Tezuka, the wrong way.

Ultimately, while her calm yet callous behavior got the jobs done and made the lab more efficient than ever, her high standards eventually clashed with the twisted standards of her boss, Max Indeks, whom she had always held a low opinion of. Standing up to him and demanding more regiment testing of the new dream manipulator device, Max instead sought to eliminate her stubborn independence, testing the product out on Fran herself. When it proved successful, he sent her to a conversion chamber where she was promptly turned into a mindless human robot, continuing to serve Max, only without the annoyance of a freewill to challenge his decisions ever again.