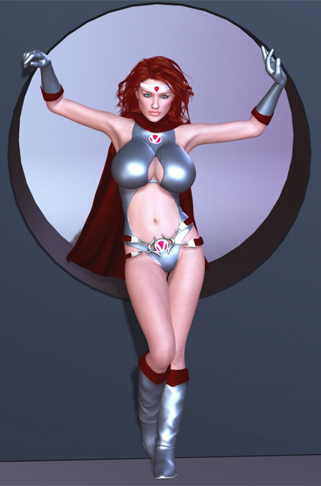 Valiant Woman’s story begins almost 22,000 years ago when she was called Valaya, the princess of the lost culture of Atlantis and chosen heir to the throne of leadership and the sacred Crown of Atlantis. Valaya possessed a rather poor opinion of men, regarding them as carnal, brutish creatures worthy only of slavery and labor and adamantly opposed her queen’s decision to educate and instill culture into some of their male captives. Those that refused were turned into mindless slaves via the Slavemaker, an incredibly fusion of technology and magic, and forced to served in the army of Atlantis. 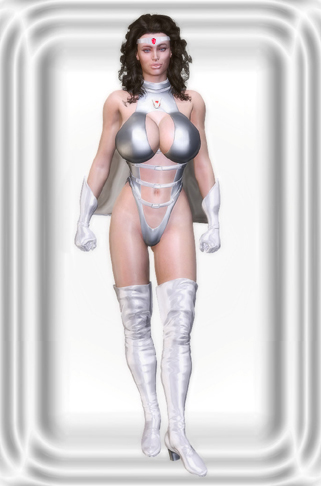 One of the men chosen to receive special citizenry was a barbarian named Draven, who quickly set about undermining the queen’s misguided trust. He instead turned the Slavemaker from the men onto the women, slowly and subversively gaining control of the government until he had turned the very queen into his obedient conquest.
The queen then arranged for Draven to become the male heir to the throne, arranging a marriage between him and Valaya. While she was bound by culture as his bride, she rejected her imposed marriage and fled, choosing to live as an outcast among the surrounding barbaric tribes. On one fateful day while being pursued by Draven and his minions, a meteor blazed through the sky, colliding with the earth only a short distance from her amazon village. At that moment Valaya was avoiding Draven and was hunting up on a nearby mountainside.

Looking upon the massive explosion, Valaya was bathed in strange radiation emitted from the impact point. Molten meteorite particles shot out for miles. Valaya became covered by the liquid particles and then as they cooled, she was encased in a massive crystal cocoon, perfectly preserved and kept alive by the strange, unworldly material.

Then in the 1940s, villainess Kikka Brust unearthed the strange boulder-sized crystal amidst ancient Egyptian ruins. She brought Valaya in the glowing crystal cocoon to Feelix Von Ick to study. Von Ick dubbed the strange meteor substance “Irridite“ after the odd radiation it emitted.

Due to extended exposure to the Irridite radiation, Von Ick’s body aged incredibly slowly. So for nearly 60 years Von Ick studied the strange substance. It was during this time that Von Ick created the only antidote to the Irridite radioactive effects. He called this antidote “Enervatum”. He also discovered a secondary, more concentrated form of the meteorite crystals, which he dubbed “Thrallium” after their apparent mind controlling properties.

While kept in stasis by Von Ick, Valaya’s body became the subject of several of his experiments and observations. The first act he did with her was to free her from her cocoon prison and enslave her mind with a mindbender headset to serve as his mindless servant and bodyguard, an obedient zombot. While serving him, he studied her thoroughly. Her unique physiology potentially became the key to unlocking the secrets of superpowers and possibly immortality. She was used in one particularly important and potent experiment along with novice heroine Ms. Metrobay and an enslaved Kikka Brust where their combined genetic material was extracted and combined. Feelix hoped to create a race of perfectly obedient, powerful super soldiers. The result of this genetic test was the heroine Omega Woman. 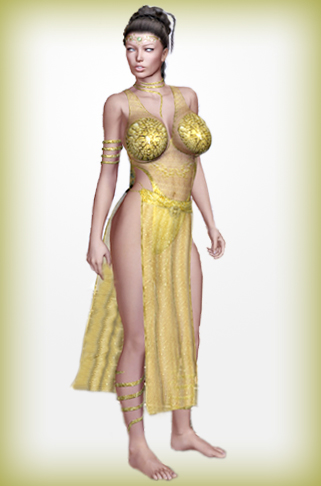 Valaya was soon freed from her conditioning thanks to the efforts of Nightengale and Gadget Gal. Valaya was allowed to exact her revenge and helped restrain Feelix to one of his lab tables and left him and Kikka in the basement until the authorities could be notified. Though not yet able to speak English, she appeared to understand the situation and joined the rest of the fledgling Superheroine Squad. She was taken in and sheltered by Gadget Gal as a roommate to help her adjust and deal with living in the modern times. Despite the age, culture, and language barrier, Valaya proved highly adaptable in her confusing, exciting new world, a transition Trudy arguably is credited with easing her into as gently as she could.

At some indeterminate time later, Valaya was recaptured by Feelix and preserved in stasis so that he could continue to experiment and study her at his leisure, away from the busy streets of Metrobay in the secluded jungle island now known as Pleasure Island, his helpless slave and guinea pig.

A short while later, Draven Ophidian, along with the Agents of D.E.S.I.R.E., managed to finally flush Von Ick out and “rescued” Valaya from her captivity, intent on consummating their long-delayed marriage after centuries of searching and plotting. However, Valaya was in contact with a shard of Enervatum at the time, which had the inverse properties of Irridite. Instead of obtaining ultimate power and knowledge, as Draven had hoped, he instead had his life force sucked from his body, instilling Valaya with centuries worth of knowledge and culture and dissolving Draven into nothingness.

Disgusted by Draven’s millennium-spanning crusade of crime, Valaya vowed to clean up the corrupted world of men. Using her newfound abilities, she embraced her identity as Valiant Woman, gained a legendary reputation amongst the citizens of Metrobay, and was fully integrated into the Superheroine Squad. 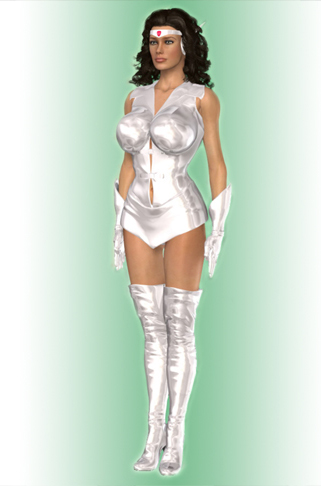 Ironically, during her time in stasis, attempts were made to clone her, and she herself served as the surrogate mother for her genetic daughter, Valient Grrl, the very heroine she inspire to fill her shoes, as well as her other daughter, the powerful and unstable Physique. Until recently, neither was aware of this connection, and Valiant Woman herself is unaware any such experiment or birth occurred during her comatose years under R.O.P.E. observation. Using her genes as a launching pad for other developments, artificial superpowers were created that later spawned heroines such as Solaria, Super Freak, and Hypnotica.

For many years, she dropped off the radar with few, if any, aware of her whereabouts. She eventually resurfaced, informing the Superheroine Squad that she felt there were pressing dangers outside of their jurisdiction that required immediate action. With the Squad’s blessing, she formed and offshoot heroine team, the Guardian Gals, to help combat these problems, recruiting the young heroines Gallant Lass and Honeydoll as founding members.

Her fluctuating powers have also shifted the color of her hair from black to scarlet, an oddity that initially led many of her old friends to not realize who she was. Many of the public still are unaware that she is the original Valiant Woman, returned after decades of absence.

She can manipulate her internal irridite energy to create force-fields that can resist high impact attacks, power blasts capable of destroying strong solid structures, laser beams, and illumination effects capable of causing temporary blindness. She also developed the powers of flight and her strength, speed, and stamina have been augmented to superhuman levels.

The absorbed irridite also seems to give her body shielding from the effects of aging. Though technically thousands of years old, she possesses a body akin to that of a woman in her prime. It has the side effect of temporarily turning her hair a fiery red shade when her powers are near her peak as well. The full extent of Valiant Woman’s powers is not yet known.