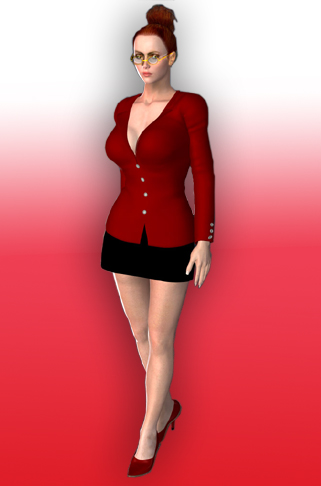 You have to be tough to be a prison warden. Honest, fair, even compassionate, but tough all the same. One sign of weakness and the inmates will eat you alive. But to be the warden at “The Funhouse”, the home of some of the most sadistically perverted criminals Metrobay has ever known? That takes a special kind of person, and Warden Marcia Smith is just the right woman for the job.

Raised by a family steeped in law enforcement tradition, Marcia studied every facet of police work, from criminal psychology to forensics to even a smattering of criminal law. She was fortunate enough to be partnered with Officer Patrick Coleman early on in her career as a law enforcer and observed first hand his passionate and courageous dedication to cleaning up a city many within the Metrobay Police Department had given up on. However, it wasn’t until he was injured in the line of duty, and likely by corrupt members within their own unit, that Marcia summed up the courage to continue the fight herself. After making waves in her investigation of police and political corruption, she was abruptly pulled from the assignment and shuffled off to a desk job at The Funhouse as punishment by a former mayor who didn’t want her snooping around his dealings with the Circle of R.O.P.E.

When Vanessa Turner was elected mayor, one of her first acts was to appoint Marcia as the new warden of The Funhouse. The hope was that someone of Ms. Smith’s intelligence and fortitude would close the revolving door of hoods and miscreants who passed leisurely in and out of the prison gates. Mayor Turner also appointed her former partner Patrick Coleman as the chief of police, firmly setting the law enforcement branch on two rock solid pillars of justice and discipline. The results were encouraging at first, but like much of Metrobay’s political scene no good deed in this town truly goes unpunished. 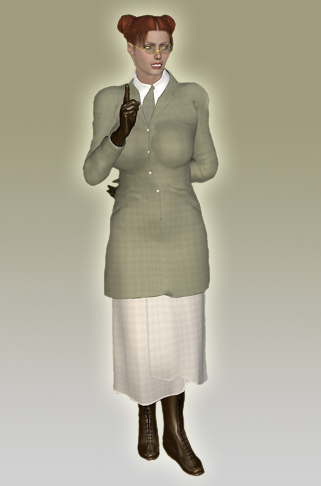 These days Warden Smith runs her prison with a steady hand and serves as a mentor to her niece (and Superheroine Squad member) Marcy on occasion, but it appears that not even this dedicated public servant is out of the reach of Max Indeks and APEX Industries’ insidious greentooth devices.
Warden Smith is currently enslaved by the greentooth earpiece, submissively carrying out whatever commands are directed at her. So far, nobody other than Max Indeks is aware of her unwilling compliance, and he has quickly set out to reshape the political and justice systems to suit his needs. As a result, he has gleefully used her position of power to his advantage, manipulating the leniency and early release of several of his subordinates.

She is currently under the direct command of inmate Belinda Giolla, whom she goaded into a meeting with her former boss, using rather unorthodox means of persuasion. It appears Max has allowed Belinda full control of the Warden, and thus the prison, which has resulted in the Warden allowing Belinda to re-establish a lab right in The Funhouse and to use inmates and jail staff alike for her new experiments. Recently, officer Erica Donovan was transfered to the prison and became the newest victim of Belinda and the Warden’s internal scheme.

Ginger Monroe recently and accidentally assumed control over Marcia when she made a random call to greentooth earpiece wearers. As such, Marcia reported directly to Ginger for orders, of which Ginger and her sexual appetite had plenty to give. Following the tryst, Marcia returned to her duties at The Funhouse.