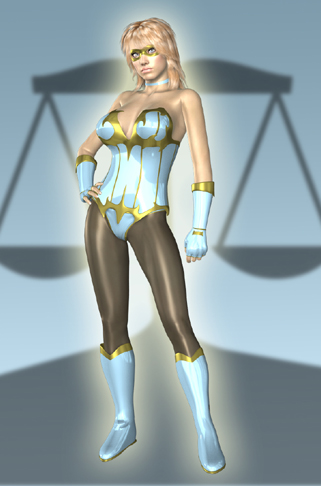 Born with a heightened ability to learn and communicate, Janice can formulate the best way to convince people of her point of view. She first began to understand the type of power she wielded when she was able to litigate her way out of doing chores and eating her vegetables as a child. This type of manipulation excited her but, it got her in a heap of trouble growing up. After a very traumatic incident at the end of her senior year in high school, she felt tremendous  guilt about using her powers for selfish purposes. Lessons learned from the lose of a valuable asset in her life because of that incident, she put aside her teenage deviance  and vowed to only use her powers for the fight against evil. For the good of her cause and community, she decide to pursue a career as a lawyer.

Though very conservative, she is extremely likable and popular. She is the center of attention in any room and very generous with her money. She is a powerhouse and a celebrity in the courtroom. She can be somewhat aggressive and intimidating at times. 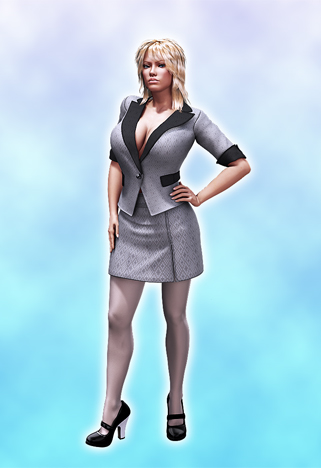 As the lawyer, Janice Prissman uses her abilities secretly in order to single out the corrupt heads of firms and organizations that she feels are detrimental to the mental and physical health of her community. Whether it’s R.O.P.E. or any of their suspected associates, she attacks and builds cases against those she considers evil and convinces society to bring them to justice according to the Law of the land.

When she is Juris Prudence, she is a super sleuth. She is confident in formulating a plan of attack to catch perpetrators in the act of committing crimes or investigating and gathering evidence against them. She feels that she is ‘the extended hand of the Law.’ She, typically, relates well with the community and normally gets their co-operation with information about said perpetrators. Constantly wanting to prove her worth in a group of other superheroes, she does become overconfident.

Her only weakness, too much book sense, not enough common sense. She can plan and execute but has a hard time calculating the unforeseen circumstances and situations of those plans. Information comes at her so fast that sometimes she misinterprets some of it. Also, she is constantly tempted to benefit herself through her manipulations. She occasionally slips up and must constantly focus on being noble. The temptation is brought by being sexually aroused and attracted to pleasure, whether it being pleasured or applying pleasure.

Formerly
At one time, Janice Prissman was a noted lawyer in Metrobay. She had a strong reputation for winning large settlements for her female clients from their two-timing, backstabbing husbands. She often chose to represent women whose husbands have connections with the criminal organization R.O.P.E. She used their cases to get closer to R.O.P.E. to expose their dirty deeds to the world. 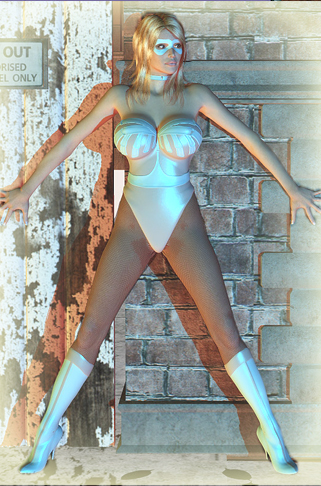 Without warning one day, Janice’s investigation hit a serious snag when several of her clients dropped their divorce cases against their husbands after visiting a certain health spa. Investigating these odd turn of events as Juris Prudence,  she infiltrated the Sans Souci Spa. Careless because of frustration, she was discovered and captured after uncovering that the spa was a front for Madame Mynx‘s scheme to brainwash those women into submissive, docile housewives.

After being caught by Mynx’s thugs, Janice  became another victim of the transformation process. Like the other women at the spa, she was brainwashed into being a docile R.O.P.E. housewife. Her husband was Alfonse Quire, whom she served loyally, lovingly, and slavishly until she was freed at Pink Pussycat‘s near-wedding at the end To Love and Obey. Both Janice Prissman and Juris Prudence were effectively out of R.O.P.E.’s hair until that incident set them free.

Presently
While being revived from her brainwashing, Janice realized R.O.P.E. had thoroughly dismantled her law practice and her reputation in Metrobay’s law circles was in shambles. After helping to dissolve and annul her and her fellow brainwashed heroine, Freedom Girl‘s, marriages; she went back with Paula to Capital City to start her law practice anew and joined up with American Amazon and Freedom Girl to form Team Freedom. She retained her position with Grrl Power and helps them out in Metrobay when needed.

Powers
Superb Critical & Analytical Perception – high aptitude in spotting the weakness in an opponent’s plan. Metahuman Mental Capacity – absorbs 10x the amount of information of a normal person at 5x the rate. Powerful Persuasion/communication skills – an uncanny way of reasoning and persuading a person to her way of seeing things.