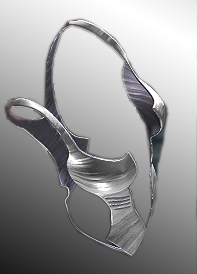 The costumes that most superheroes wear are a mix of form and function, with state of the art materials woven into a traditional design. The members of the Superheroine Squad are no exception. A heroine can choose the style of her costume for any number of reasons, but they usually pick one that compliments their powers or matches their personality. For example, Alpha Woman, a respected veteran of the team, has chosen a full length bodysuit, designed to give her maximum comfort and mobility while retaining a bit of modesty that simultaneously pays homage to the costume once worn by her mother. Brown Sugar, on the other hand, is proud of her physique and has no problem wearing outfits that show it off. Valient Grrl is a special case, though. Her name and costume were bestowed upon her to honor her predecessors, including the ‘original’ Valiant Girl. Since she was such a young and inexperienced heroine, she did not have much of a say in the matter. Some heroines, such as Kitten and Ms. Metrobay, are notorious for frequent costume changes.

When Dr. Twisted conceived the idea of capturing and robotizing heroines, he decided that they would require new clothing to compliment their new personas. He has always enjoyed the color silver, and wanted to incorporate that color into as much of their wardrobe as possible. In his mind his slaves should wear uniforms that reflect their new lives as human robots. He started with a simple bikini for Valient Grrl, but has been able to procure more specialized garments for the other subjects and was even able to find an exact replica of Alpha Woman’s original suit, except silver in color.

Many of the uniforms are hand-stitched together by the elderly widow of the former chief of the Police Department, thought to be the former heroine Trudy Goodheart, a.k.a Gadget Gal. This is rumored, but not confirmed. These costumes are usually tailor-fitted to the exact measurements of the intended wearer. She takes great pride in her work and is paid handsomely for her many iconic designs.

Costumes are also a highly sought after commodity amongst many supervillains. To capture a heroine and acquire her uniform is considered a very praise-worthy accomplishment, and these highly coveted trophies are often put on display for personal satisfaction or for other villains to see. The costumes of many heroines from Metrobay’s earlier years are also on display at the Metrobay Museum.