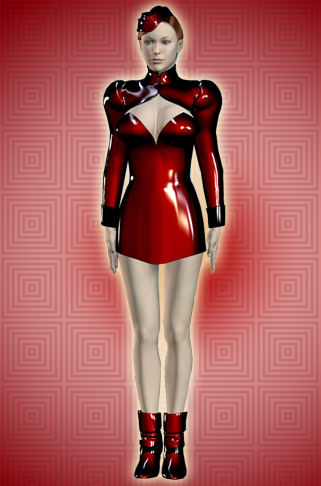 Kristen Anderson was once one of Metrobay’s most bright and upcoming young minds. She breezed through her education and was granted a full scholarship to Metrobay University, graduating with top honors, before being offered a very prestigious job at APEX Industries in their thriving genetics department.

Kristen was made the head assistant of Belinda Giolla, a woman she greatly admired, and she and Belinda found themselves as very compatible lab partners and Kristen even became one of the notoriously insular Belinda’s few legitimate friends and confidants through the years. Together, it seemed they could do great things for Metrobay and the world.

Things changed when Max Indeks became CEO of APEX Industries and demanded a few changes to APEX Labs. Kristen was removed as Belinda’s assistant, replaced by the fresh recruit Ted Twiss, and Kristen was moved to a specialized blackbox genetic project. 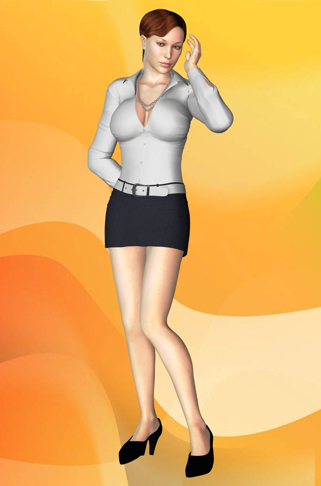 That project turned out to be APEX’s illegal cloning and development research, of which Kristen soon rose in prominence as one of the key minds behind isolating the source of the superpower gene and developing means to replicate it in other individuals. She kept trying to convince herself it was going to be for the greater good – to unlock the ability of anyone to become physically and mentally stronger and healthier – but as development continued and test subjects were forced to endure more grueling and cruel tests, her faith in the project waned.

The tipping point finally came when test subject 873-A, a genetically modified clone daughter of the heroine Valiant Woman, developed sentience beyond her preconditioned implants. 873-A rebelled against her mental conditioning, assisted by Kristen intentionally altering the mental implants and remove Max’s control over her, unable to be a part of Max’s evil schemes any longer. The confused test subject broke free and tore through the labs, causing considerable damage before escaping into the city, where she would eventually be found by the heroine Alpha Woman and reinvent herself as the heroine Valient Grrl. Valient Grrl, in her mental confusion, adopted the name “Kristen” as it was one of a few names she could recall during her development at APEX Labs.

As for the original Kristen, Max wasted no time in rooting out the source of the disaster and discovering who assisted 873-A in her escape. Though reluctant to lose her genius, Max took no chances and forcefully subjected Kristen to a prototype mind and body modification procedure, which thoroughly stripped her of her will and identity… and most of her intellect as well, leaving her capable of only following the most direct of commands.

Reduced to little more than an obedient automaton, Max put her to use as his personal and dutiful assistant, rechristened as “Fembot Bambi”, who now assists him in many of his activities and enterprises with emotionless, robot-like efficiency.

Prior to her conversion, she had been in an intimate relationship with Ted Twiss’s former roommate, Bernie Renton. To cover up his actions, Max Indeks had Kristen sever connections to all former friends and family, writing a Dear John letter to her former lover and telling him she had run off and married some rich media mogul, going so far as to ensure her legal name was changed to “Andrews” and forging documents of her move abroad. No would look for her, and now she serves APEX loyally, without any of her former compassion or conscience getting in the way.