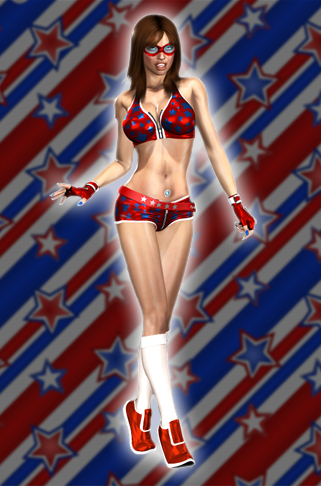 Alias: MicroLassReal Name: Whisper WestAge: 22Height: 5’10”Hair: BrownOccupation: StudentAffiliation: none, though she thinks she’s automatically included in super groups, just by being a supposed heroAbilities: Nagging, complaining, and using ‘borrowed’ shrinking technology to change the size of herself, and/or objects
Having grown up and gone through High School with no friends due largely to her pushy and entitled attitude, Whisper West decided to try a fresh start in a new city, and enrolled in Metrobay Univeristy. After she moved away from home, she no longer had the support she did while living with her parents. Relieved that she finally moved out, they sold their family home and invested in a mobile home, which they use to tour around the country, and rarely keep in touch with Whisper. Completely on her own, and trying to pay for a college education, Whisper has taken many part-time jobs, but they tend to not last very long for either she rubs customers or co-workers the wrong way. Despite the constant setbacks and occasional semesters off to find work, she’s been able to keep her grades up and is slowly advancing toward a degree.
Whisper has still struggled to make friends, and has had a particular problem finding an keeping a boyfriend. As an attractive, fit woman, she catches the eye of many men, however generally after the first date or once she’s given them a little sexual action, these men tend to never speak to her the next day, again due to her personality and attitude.
She did however, finally meet someone that has tolerated her enough to spend more time with her, though it is one of the campus lowlifes named Armen Midjat, who has quite the sleazeball reputation. Whisper is willing to overlook his negatives, largely out of desperation and loneliness. Even when she was snooping around his apartment and discovered the costume of the villainous “Cockroach” and deduced that Armen was said villain, she still decided to overlook it and has committed herself to helping him turn over a new leaf. Armen doesn’t know that Whisper discovered his secret, nor that Whisper “borrowed” some of his stockpiled shrinking devices. Whisper intends to use the shrink-tech, to become a super-heroine, and thwart Armen’s crimes as Cockroach, thus keeping him out of trouble and eventually ending his villainous career.
Whisper fashioned herself a cheap costume, and has begun making public appearances, attempting to fight crime and learn the ropes of being a costumed adventurer. Having no formal training or much practice with her new technology, she’s likely to get herself in to more trouble than she’s ready to deal with, but so far, has been lucky in her battles.
Unfortunately, spending more time out and about as the heroine MicroLass means she has had even less time to spend making money for bills, and was recently evicted from her 1 room apartment. Ever the entitled and pushy brat that she grew up as, she moved herself in with Armen in his small, rundown apartment, with he not having much choice in the matter. It remains to be seen, how their relationship will progress, or if their costumed identities clashing will spill over in to their personal conflicts.
First Appearance/Origin: Startling Stories #5
Notable Appearances: MicroLass appears in her own self-titled series 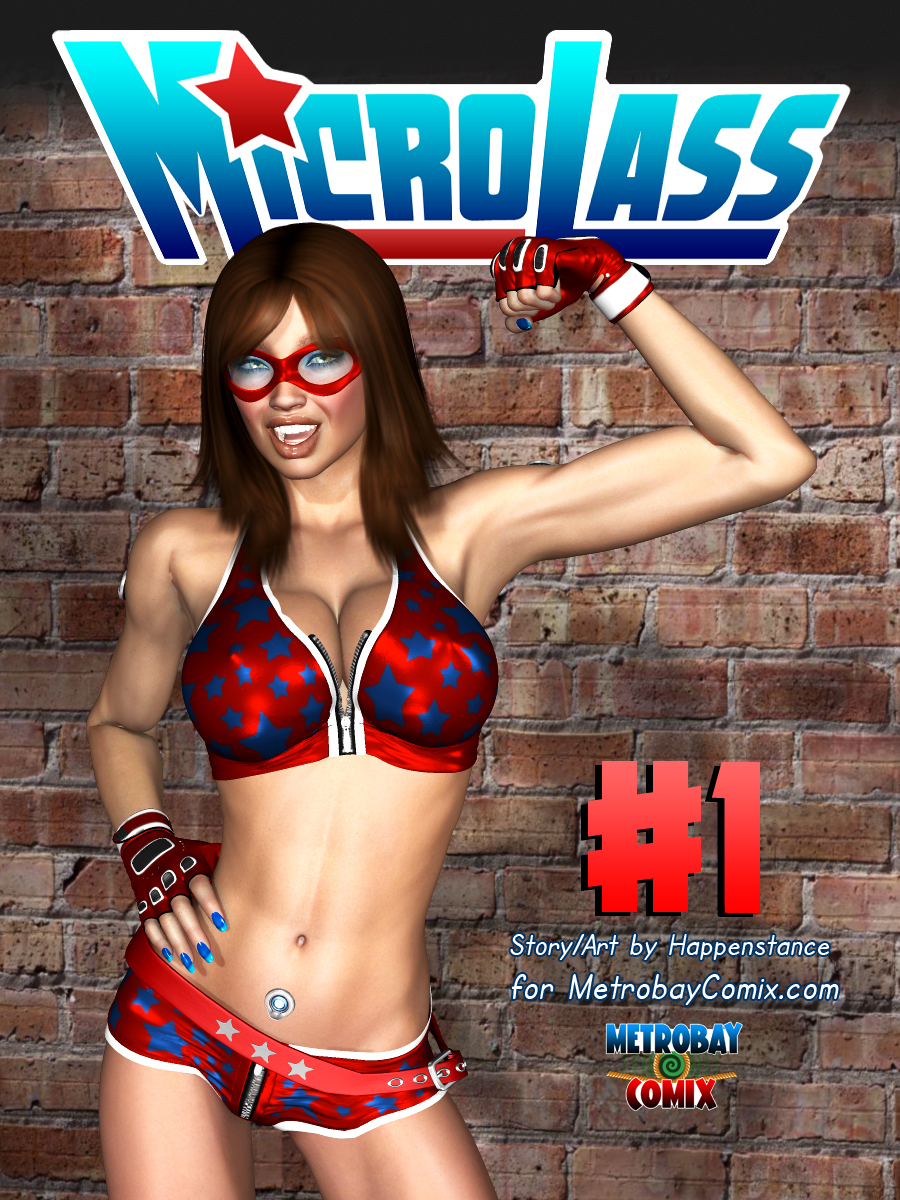