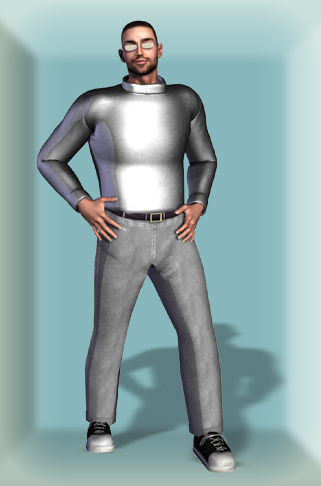 Leopold Strauss loves to look at women, in particular youthful, buxom, exotic ones. And he had a pretty good hunch that other men did as well. And so he decided to target them as the main demographic for a magazine idea he had. And so, almost twenty years ago, Leo launched “Metro Men’s Magazine”, a magazine by men, for men, and filled from cover to cover with some of the steamiest, sexiest pictures of some of the most attractive women Metrobay had to offer.

It wasn’t soon after that his little independent magazine picked up a strong following in town and its neighboring vicinities. And then word spread and soon he began selling the magazine to other big cities. Within a few years, his magazine was internationally read and loved and his small-time publishing company became a powerhouse empire that acquired the best talent and most gorgeous women the planet had to offer.

While Leopold’s main offices reside in Metrobay, he more frequently is spotted across seas, typically on yachts or in the arms of exotic foreign women. Despite his lascivious persona and scandalous behavior, he counters the complaints by being a large benefactor to various charities and organizations, keeping complaints to a minimum. He is frequently spotted with his photographer partner, Theo Ramsey, and their lead model, Cleo Sardonis.