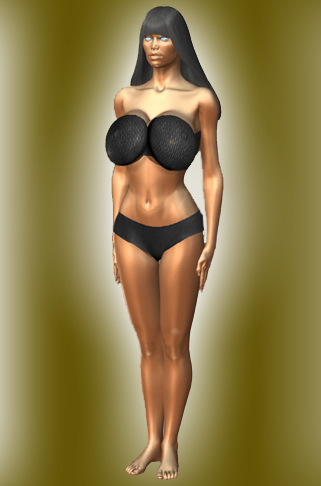 Saccharin is the unofficial nickname given to M.O.N.A. by Crissy Tanner during the Forbidden Fantasy storyline. She is Gilbert Petto’s second android doll creation, constructed after his first doll, L.I.S.A.,was taken from him by Max Indeks as part of his deal with APEX Industries as payment for using their technology.

In an act of desperation, Gilbert tricked the heroine Brown Sugar into donning a greentooth earpiece. With her mind enslaved it was easy to use her as the template to create his second life-sized doll.

Despite her resemblance to Georgia Brown, Saccharin’s breast size is notably larger, likely due to the information obtained earlier from Ms. Metrobay and still lingering inside the scanning machine.