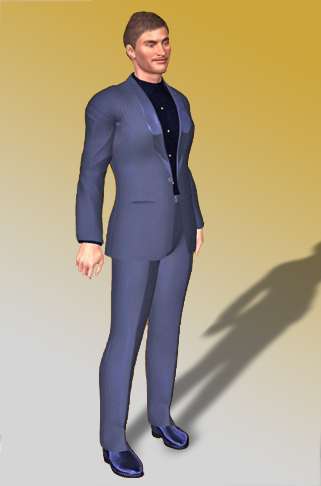 Lance Hardwood is the owner of Club Pump and CEO of Pump Fitness LLC, who appears to the public as a successful former athlete, generous philanthropist, and handsome and savvy businessman. He is a three-time Olympic gold-winner and was recently divorced, earning him the public’s attention, admiration, and sympathy.

In truth, he is a sinister, evil scoundrel who uses his money and his gym as a front to lure in and enslave beautiful, athletic women to use for his own fiendish purposes and pleasures. He has recruited former felon Brunhilda Krammpacher to be the lead fitness instructor at his new gym and has been revealed to possess quantities of thrallium, which he uses to enslave his victims and to subliminally control them into coming back to his gym and to bring others as well, spreading his influence and increasing his healthy profits.

Ultimately, Lance Hardwood made the error of sending the enslaved Speed Demons on a mission to eliminate a competitor, but the journey through the speed force restored their minds. The heroines raided Club Pump and arrested Brunhilda Krammpacher, but the resourceful Lance injected himself with his own thrallium compound, giving him the alibi of also being a thrallium-controlled victim and shifting the blame entirely on Brunhilda.

After losing the gym, Lance has begun rebuilding. He successfully managed to recapture and permanently alter DareDoll and her sister to remain loyal to him and then sought out their mother, Helen, brainwashing her into filling the role of supervisor that Brunhilda vacated upon her arrest.