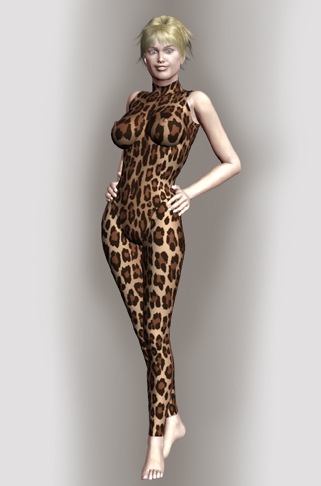 Helen Swift is the mother of Haley Swift and Holly Swift, the latter of whom is the Speed Demon heroine DareDoll.

A loving mother and a devoted housewife, Helen enjoyed the quiet and stability of her life. Her husband was a hard working sales manager and frequently traveled overseas, leaving her alone for long stretches of time and making her the primary caretaker for their spirited daughters.

For a women who enjoyed peace and quiet, she had the misfortune of being “blessed” with two of the loudest, most unruly children in the neighborhood. She wasn’t sure where they got all their energy, but she spent many a night and day chasing them down, apologizing to neighbors and law officials for their excessively hyperactive behavior, and staying up worrying about the trouble they’d get into next.

When she and her husband took Holly to Vestia Park, they noticed her naturally affinity and talent for skating at the skate park and eagerly encouraged her to pursue her talents, feeling it gave her a creative outlet for her hyperactive behavior.

As part of an attempt to harmonize her life with the chaos her children brought and cope with the loneliness her husband frequently left during his business trips, Helen became an avid practitioner of yoga and for awhile served as a part-time instructor to those that needed her services. She credits her strenuous exercise and strict vegan diet with a physique that still turns heads, despite her approaching golden years.

Her reputation as a talent yoga instructor was relayed to Lance Hardwood by her two brainwashed daughters, who promptly persuaded him to add her to his roster of enslaved women. He obliged them and enslaved her with thrallium, forcing her to serve as his right-hand assistant in the role Brunhilda Krammpacher was forced to vacate after her arrest. Helen remains under Lance’s control, putting Lance’s women through their paces and enticing new young women to join his clubs on a daily basis. And nothing gives her or her daughters more joy.