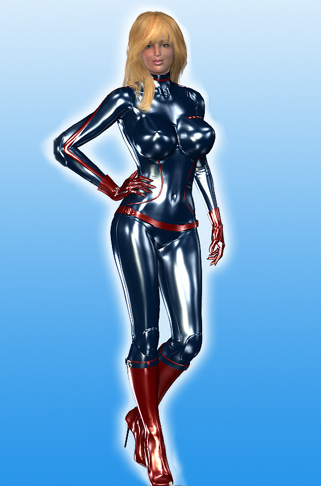 She was once the mentor and friend of the brash and inexperienced Valient Grrl, and had taken Valient Grrl under her wing in an attempt to help her avoid the difficult on-the-job training that she had to endure. Over a couple of years of working together day after day, their close friendship eventually blossomed into a passionate and tender romance. Alpha Woman struggles to keep their relationship on a professional level at work, not wanting to give the appearance of favoring Valient Grrl over another Squad member when it comes to assignments, promotions, or reprimands. Alpha Woman has thus far been able to balance her professional and personal life with varying degrees of success.

Early in her crimefighting career, the naive and inexperienced Alpha Woman was tricked by Max Indeks into publicly arresting and humiliating Ted Twiss for so-called ‘crimes’ that certainly did not warrant the type of punishment Ted received. She also believed Ted may have held some responsibility for the disappearance of her own mentor Valiant Girl, whom she greatly admired. This led Twiss to swear a vendetta against those responsible for his incarceration in Metrobay Prison, setting the stage for the events chronicled in Twisted Tales. Alpha Woman in particular become the focus of his wrath. A couple of years locked away in The Funhouse led Ted to temporarily lose his mind and morph into the morally bankrupt villain Dr. Twisted. 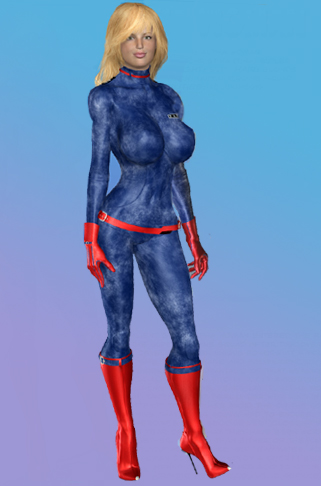 Alpha Woman was goaded into a trap by Dr. Twisted, who used her enslaved junior partner Valient Grrl as bait. Alpha Woman selflessly sacrificed her own freedom in exchange for her friend’s release, taking her place as a mindless human robot under Twisted’s command. She was transformed against her will into the compliant and emotionless ‘RoboWoman’ by Control Helmet technology, a device Twiss helped invent while working at APEX Laboratories. Dr. Twisted, however, went back on his word and re-enslaved Valient Grrl, forcing the two now-mindless heroines to serve as his obedient lackeys. They were sent on a variety of missions together, including breaking into Marcy Smith’s crime lab within their own Superheroine Squad Headquarters to tamper with and retrieve the intelligent crime-fighting computer named Sentius. Alpha Woman was eventually freed after the Superheroine Squad launched a strong offensive operation to secure her rescue and safety, which also reunited her with her estranged mother, Ms. Metrobay.

Alpha Woman was later dispatched with her partner Valient Grrl to investigate a rash of disappearances during the events of the Night of the Drones and to check up on the heroines Jade Lightning and Brown Sugar. They were instead captured by Sentius and converted into obedient H.E.R. drones. Alpha Woman herself was instrumental in the capture and enslavement of the heroines Snowflake and her own mother, Ms. Metrobay, before she was freed during the climax of Superheroine Squad. It was this single-minded dedication to the H.E.R. collective that made Sentius “promote” her to leadership of his enslaved army, a special privilege considering she lacked a true mind or identity of her own at the time. 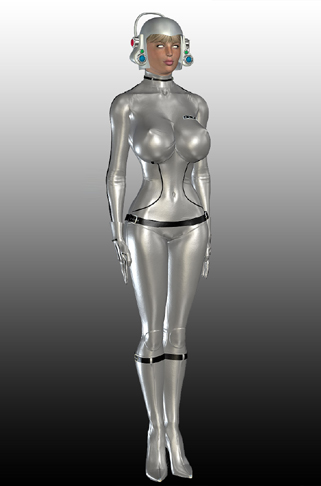 Alpha Woman, along with most of the Superheroine Squad, later become involved in a cross-dimensional conflict with the Platinum Earth. She and Valient Grrl investigated the disappearance of their friends, only for them to be ambushed by the otherworldly Skullcrusher and Piranha, who attached modification chips to their bodies to control them. Tina proved highly resistant to the inhibitor device, however, and required a direct link to the central control gynoid. She was redesignated AW-01, uploaded all her memories to the computer, and has been used by Master Ultimo against her allies. After Snowflake destroyed the gynoid controlling her, Alpha Woman freed herself and Valient Grrl from Skullcrusher and Piranha’s hold and then returned to Metrobay alongside her liberated teammates.

Following this ordeal, she and several of the Grrl Power cadets took a vacation to the Sunny Side Resort, run by fellow heroine Honeydoll. Unbeknownst to them, Honeydoll had been attacked and brainwashed by the villainous Ringmistress. After the rest of her friends were converted into nano dolls, Tina was also changed and renamed Alpha Doll. The five enslaved dolls were next seen as part of an auction hosted by Nene Lee Heaters for interested online R.O.P.E.bidders. She was rescued when Snowflake broke free of their control and defeated Nene, returning her and the others to normal. 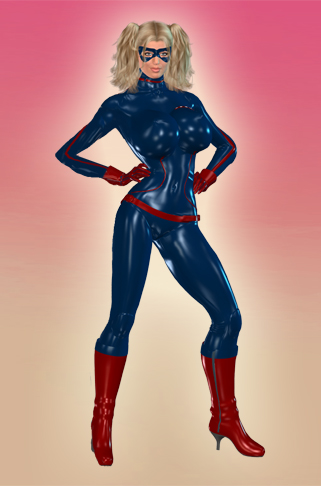 Recent developments have shown Alpha Woman’s powers have begun to fluctuate and she has inadvertently caused several heroines to engage in highly sexual behavior based on her own arousal at the time. Thus far, nobody has been able to determine the source or the cause, but she has started to become aware of the issue.

Crissy, disguised as MilkMaid and seducing Valient Grrl, recently used this to her advantage after a tryst with Alpha Woman. When Tina and Kristen awoke, alone and with no memories of their enslavement, Tina could only conclude it was the result of yet another strange dream.

Alpha Woman had the fortune of being the daughter of two of Metrobay’s most respected heroes. Her mother, Ms. Metrobay, is a beloved heroine who has fought crime in Metrobay for almost half-a-century and who helped instill strong discipline, courage, and resourcefulness into her talented, mature daughter. She is also the niece to Ms. Metrobay’s sisters, Kitty, Kathy, and Kandy, and the granddaughter of Karen West, the fabled former heroine Calico Kitty.

Her father, the legendary superhero known as Alpha Man, retired from the business years ago and disappeared from public view entirely. While exhibiting the classic physical superpowers of strength, stamina, and speed, Alpha Man was in fact a powerful telekinetic and appears to have passed his abilities down to his daughter. Only his wife Ms. Metrobay and their daughter know for sure where he currently resides, which is an upscale “retirement” center that houses many retired heroes, including Gadget Gal.

After Valient Grrl was enslaved by Belinda Giolla while visiting the Funhouse, Alpha Woman investigated her girlfriend’s strange behavior and was ambushed and similarly converted. She currently serves as one of Belinda’s personal guard-slaves.

Unlike many of her teammates, Alpha Woman does not employ a secret identity, having chosen years ago to openly devote her life to public service after testifying against Ted Twiss during his bogus trial. Her costume is an homage to her mother’s original outfit worn during her founding years with the Superheroine Squad, except with a blue and scarlet color scheme.

She is the official spokeswoman for MetroMilk, having signed a lucrative contract with the beverage maker on the condition that much of her considerable profits go toward charitable organizations around town. She has appeared in a television commercial promoting the health benefits of “Metrobay’s Official Beverage”.

Alpha Woman is a highly potent telekinetic and telepathic, but despite her years of experience and training, has yet to fully control her powers or to reach her full potential.

Her telekinetic powers enable her to move and levitate objects with her mind. This ability often enables Alpha Woman to throw objects from great distances, as well as to create a psychic “shield” that prevents harm from befalling her or others within it. It is unknown how much mass she can lift, but she has been observed lifting heavy equipment with her powers, but the heavier the object the greater the strain on her mind and body. It is implied she can use her powers to levitate herself and fly, but has neglected to due so, possibly due to inexperience in using her powers in this manner.

As powerful as her telekinetic abilities are, they pale in comparison to her telepathic powers. With focus and concentration, Alpha Woman can scan minds and emotions as well as project her own thoughts and feelings into the minds of others, enabling her to pacify hostile criminals, locate people with dormant or hidden superpowers, and even fully control the minds of others, though the strain of controlling two minds and bodies at once is enormously taxing. She can also pick up “psychic echoes” of events that have occurred in the recent past with enough concentration.

Alpha Woman’s telepathic abilities have also recently undergone a shift in power and potency, though she remains relatively unaware of their outspread influence. It is not known if her connection to the H.E.R. collective consciousness was a factor in her recent increase in mental abilities. Regardless, others in her proximity have been observed to undergo sudden radical personality and mood changes against their will and without Alpha Woman’s knowledge or direct involvement.

Due to having half of the genetic makeup of her mother, Alpha Woman has occasionally displayed a resistance to injury and ability to heal quickly, as seen at the end of Superheroine Squad when she was the second former controlunit after Ms. Metrobay to recover from the conversion process. Her abilities in this regard are much less potent than her mother’s. She does appear to be younger than her given age, which would be in line with her maternal DNA.