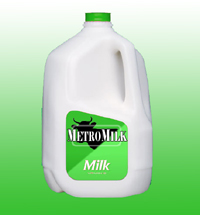 Milk is a very important part of the economy of Hooter County. Its citizens rely on exporting their product to supplement their income from farmlands and cattle, and they serve as the biggest supplier to the metropolis of Metrobay.

Milk plays a very important part in the lives of many citizens of Metrobay. In a city known for its voluptuous and strong women, many institutions spend millions of dollars to ensure their schools are full of dairy products.Superheroine Squad member Alpha Woman herself acts as a spokeswoman for MetroMilk, the lead distributor of dairy products in the city.

Inversely, there is a dark side to the dairy industry and a very large black market exists that uses the breast milk of suitable Metrobay women instead of cattle. Most notorious for this practice is the Dairy King, though the likes ofChef Pasty and Dee Lisha have financial contributions and interest in this black market as well. In addition to milk derived from normal citizens and superhumans, there are rumors that much of their products are tainted with trace amounts of thrallium to keep their customers addicted and the demand high.

Many heroines produce milk as a byproduct of their hyperstimulated biology, including Ms. Metrobay and American Amazon. Others, such as Brown Sugar, Alpha Woman, Patricia Summers, Snowflake, and Valient Grrl, were artificially stimulated with hormones to induce lactation. The robot doll LISA even uses thrallium-based breast milk as a weaponized attack against unsuspecting adversaries.