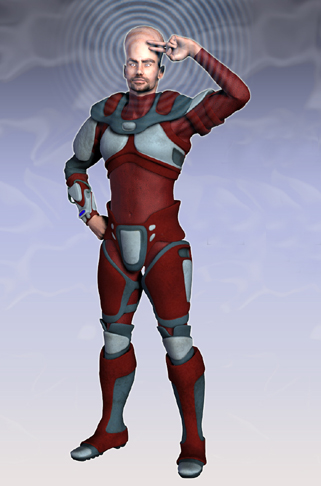 Mindor the Mentalist knew, ever since he was a child, that he was special. When he wasn’t bending spoons with his mind, he was using his amazing mental powers to make girls take their underwear off and make bullies punch themselves in the head.

It didn’t take long for his great power to corrupt him. With no accountability or motivation, he had all his teachers pass him and he became slovenly and lazy, having his every need attended to and intended to live a life of luxury for the rest of his days…

… Until he discovered Metrobay had an even more powerful psychic in town, whose abilities seemed to negate his own, and it wasn’t long until one of his debauched crime sprees was foiled by Alpha Woman and he was carted off to the Funhouse.