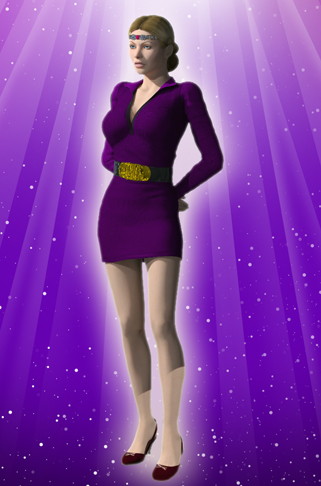 Ilsa Cross was a criminal detective in the year 2169. She was sent to 1880s New Orleans to track down a rogue agent named Sheridan Fox from the secret organization Time Command and before future events could be compromised or the timeline altered.

During this time, she encountered Draven Ophidian and unknowingly helped set in motion the events that resulted in the creation of R.O.P.E., which was secretly part of the plan from her organization from the start to make sure the timeline remained stable, creating a time paradox.

Inspector Cross also encountered the Agents of D.E.S.I.R.E., in particular the agent Scarlet, and both wound up captured by Draven at a point in time. She and Scarlet, along with Sheridan Fox, were forced to undergo an elaborate ritual that seemed to bestow immortality on Draven. She was later informed the ritual was an elaborate hoax and that Draven would only think he had acquired immortality, but this was only a half-truth. The twisted truth was that he was already immortal, and had been for some time, making the entire ritual nothing more than a scheme of Draven’s to draw attention away from his exploits later on in time.

Draven left Inspector Cross and Sheridan Fox in an ancient crypt to die, but they were rescued by Time Command, who teleported them back to the future. Despite completing her mission and returning the rogue agent Sheridan Fox to Time Command custody, Inspector Cross voluntarily returned to the past to rescue Agent Scarlet from Draven’s clutches. She, along with Time Command, believed Draven eventually died a mortal of natural causes.

Her mission proved successful, though Draven still lived and, in fact, was the one who orchestrated her trip back in time to begin with, an ironic twist of fate that not even Time Command’s leader, Commander Lockhart, was fully aware of. 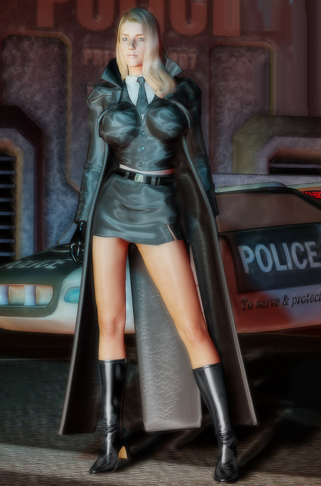 Ilsa rose to higher prominence when she was sent after another time-traveling villain, Feelix Von Ick, and pursued him throughout the timelines. However, as the two tangled throughout history, a strange attraction arose between the two of them. Feelix didn’t know quite what to make of these feelings and ultimately defeated his rival, turning Agent Cross into one of his pre-eminent zombots. As his robotic slave, she assisted him in many criminal capers throughout time and reality.

What neither planned on was Feelix’s feelings ultimately becoming too much to bear and, through his trips through time, he saw the future that awaited them. While he did much to postpone or alter this future, he ultimately came to accept it was inevitable and set in motion his plans for Ilsa to be freed and to assume her role as the future mother of their child, Miranda, the “Black Pussycat”.

Feelix warped reality to create the island nation of Stahlinselstadt of which Ilsa was given a second-start as its benevolent, yet iron-fisted, ruler. Feelix faked his death and slipped into the streams yet again, leaving the mother and daughter to begin their lives anew. Ilsa has ruled Stahlinselstadt ever since, only involving herself in affairs outside her realm when she deems it utterly necessary, and taking every measure to ensure she and her daughter remain safe and protected. Even she knows that to tamper with time as often as she has can draw the ire of Time Command, and her daughter’s very existence would be placed at stake, thus even though Stahlinselstadt has some of the highest technology on the planet, she ensures that none of it is directed toward time travel.

In the last few years she’s become something of a media icon, with people fascinated by the queen, even though no one save a handful of people know her true history.

Personality-wise, she can be a rather unpleasant individual, condescending, outspoken, and stubborn, but fiercely loyal to her friends and her people, making someone anyone would want to have on their side rather than against them. She has been both threat and ally to the Superheroine Squad, but her chief loyalty is to her nation and her daughter, and woe to any individual – hero or villain – that puts them at risk.