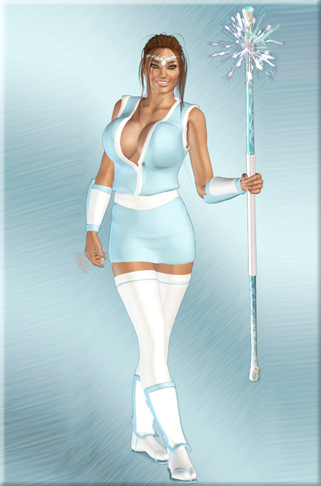 Fumiko Kaze was born with the weight of the world on her shoulders. Not only was she born into prominence with the blood of Japanese royalty flowing through her veins, she was also chosen as the heir to the venerable crystal power gem, a sacred, spiritual national treasure that granted its owner great elemental power, in her particular case the ability to harness the powers of wind and air.

She was raised in almost complete isolation from the outside world, taught to act and behave as a princess ought, and disciplined to master her formidable abilities at a very young age. When she entered into adulthood, she assumed the identity of Crystal Cyclone and left the confines of her palace to join other Asian heroines who held power gems and joined the Gem Angels, battling across the Eastern nations to maintain peace and tranquility for her people.

She grew very close to fellow Gem Angel heroine Jade Lightning, who she met while Jade was in Japan studying martial arts alongside American espionage agent Brown Sugar. The two formed a strong partnership, and she was saddened when Jade left for the American city of Metrobay as part of a superhero exchange program.

After hearing the exciting exploits and adventures Jade was undergoing across the seas, Fumiko herself visited the metropolis in the guise of her princess persona. However, her arrival was greeted by the assault of the villains Vermin and Violisha, which she barely escaped from. 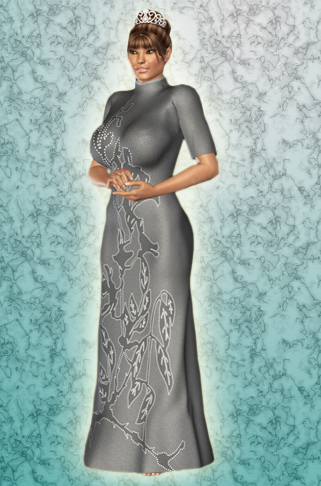 Seeing just how dangerous, and exciting, Metrobay was, and eager to see her friend Jade again, Fumiko signed up for the superhero exchange program and soon arrived in the states. She was introduced to the Superheroine Squad and quickly settled in, enjoying the opportunity to fight crime once more with her best friend, as well as the opportunity to make many other new ones.

One of her first assignments with Jade was to track down and locate the villain Syman Sayz, who rumors indicated was a frequent visitor at the popular Headlights restaurant.