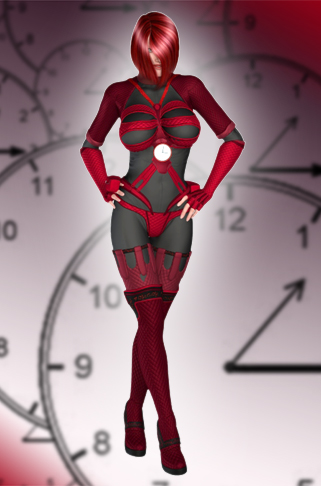 Camilla Secor was once a promising young woman who dreamed of her big shot at showbiz, just like her idols – the former starlets Harriet Blumberg and Emily Easton.

With talent and charisma to spare, it seemed her dreams might be realized when she was accepted to Metrobay University on a drama scholarship and she was overjoyed to be under the tutelage of the great Ms. Blumberg herself! For a brief moment, it was a dream come true.

However, thinks took a turn for the disastrous when Camilla – overcome with stage-fright and starstruck in the presence of her idol – began to botch her lines and her auditions were met with continued failure. Ms. Blumberg was ruthless in her criticism, removing her from performances and giving the leading role to Tabith Essex instead. When Camilla showed up late for a rehearsal, Ms. Blumberg told the aspiring actress she needed more time and practice before she was ready for the spotlight and benched her indefinitely.

Time soon became the one thing Camilla would never need again. Grief-stricken and overwhelmed from the stress and pressure, Camilla suffered a nervous breakdown that seemed to trigger latent powers within her, enabling her to effectively stop time itself for short periods of time in a small radius around her. Consumed by such power, Camilla decided to employ her abilities in fiery retribution towards her former mentor and anyone else she felt slighted her.

She soon found a kindred spirit with the villainous MissTeri. Teaming up, the new dastardly duo began making plans to enact revenge against the staff and students of Metrobay University. Taking up the alias of “Milla Second” and obtaining specialized “clockwork control keys” from a mysterious benefactor, Camilla now continues to scheme and plot of ways to humiliate and control anyone who dares get in her way. And now, she has all the time in the world to ensure her plans go off without a hitch.